There are currently two novels in the Superego series with two more to come.

Plus, there is a short story prequel called Superego: Personality Test you can read for free. Rico is a psychopath.

That’s why his job as an intergalactic hitman for a massive criminal syndicate suits him so well. He gets to do what he does best: go planet to planet and wreak destruction. He enjoys his work.

But Rico’s latest assignment isn’t what it seems, and after inadvertently thwarting a terror attack, he finds himself playing the good guy. Stuck pretending he’s a cop, he gets paired with some lady detective who is more than a little suspicious of him. To make matters worse, he starts to have new feelings toward her, feelings he’s never felt before. Love, maybe? That’s stupid. What is he supposed to do with that?

And this job isn’t fun, as it soon spirals into secrets, betrayal, and a whole planet out to kill him. Well, it’s a little fun. Still, Rico may have finally found himself in a situation he can’t shoot his way out of.

But that doesn’t mean he won’t try. There are two ways to be a hero.

One is more violent than the other. And the universe needs a hero, because a mysterious entity known as the Fathom is terrorizing the known universe and seizing control. But they’ve made one mistake: They woke Rico, the universe’s greatest killer, from a coma. And he’s decided he might be the good guy this time.

But being a hero isn’t easy. Rico has to work with others (not his favorite), and the impossible odds means it’s going to take an insane scheme or two (more to his liking). Still, Rico won’t let anything get in his way on his mission to destroy the Fathom… even though there are like a ton of things in his way — militaries, trained killers, a planet-devastating weapon or two.

Once again, it looks like Rico is going to destroy a lot of things and kill a lot of people.

But hopefully this time in a good way. Terrorists. A ruthless criminal syndicate. A warmongering dictatorship. And those are just Rico’s allies.

With the civilized universe conquered, it’s up to the uncivilized to fight back. Rico prefers working alone, but this time he’s leading an army against his two greatest enemies, who both have one thing in common: Rico’s own DNA.

Fighting a personal battle on a galactic scale, Rico enlists thieves, murderers, and malcontents (plus one space princess) to help him save the universe from tyranny.

And considering Rico’s new associates, it’s not a question of whether he’ll be betrayed, but when, and by whom. 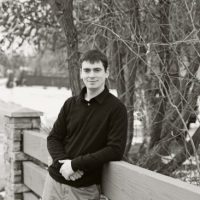